Our story begins with two young children, living in New York City, who last Christmas asked Santa for a puppy.  While the basic red tape about dogs being banned from their NYC residence prevented Santa from fulfilling this wish last Christmas, he (or at least the children’s parents) made good on the request several months later.

The puppy (named Theo) had been abandoned as a baby and was only 7 weeks old when they found him and brought him home.  Too young to crate train, Theo would cry and howl when left alone, and for the first few days would only sleep when an adult was present.

That is until the third day with his new family, Theo fell asleep on Beau, the family’s youngest son, as his mother rocked him for his afternoon nap. 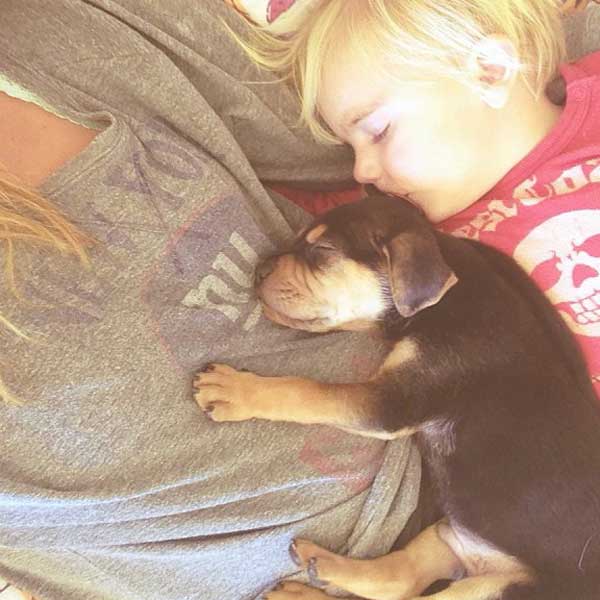 Then, the following day, Theo met them again for the nap time ritual, and so began what can only be described as one of the most beautiful and organic friendships ever witnessed. 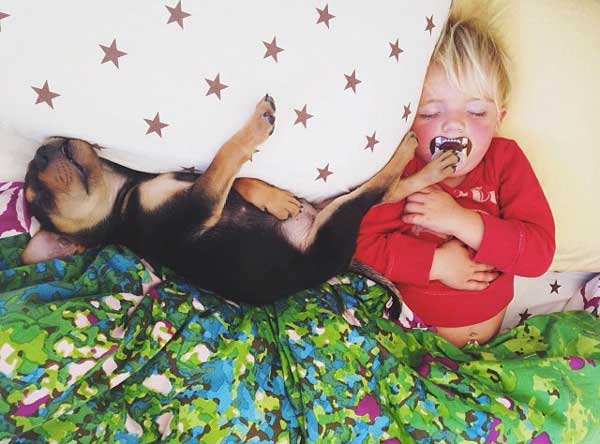 Each day, Theo meets them for naptime and waits patiently for Beau to fall asleep.  By that time, he’s so sleepy that he stumbles over Beau and usually plops down right on top of him. 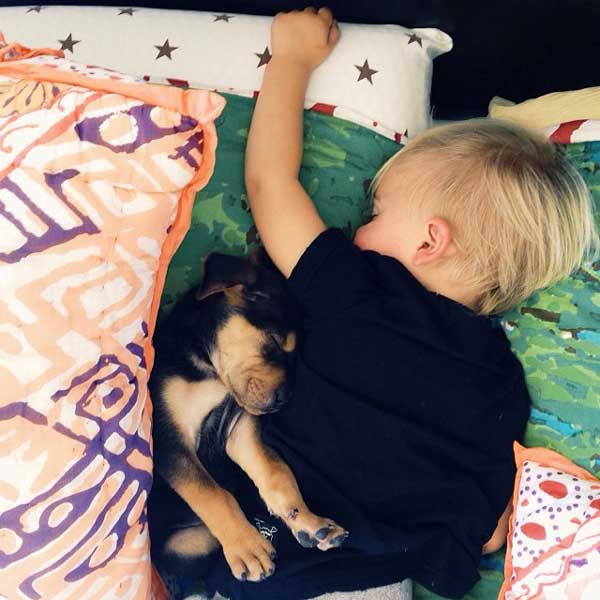 And there they sleep, entwined, for at least two hours. 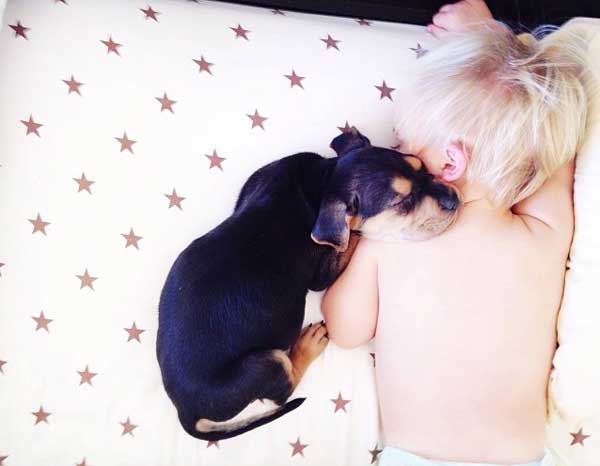 Every day, another sweet nap, sweeter than the day before.  His mother not only looks forward to these moments, but avoids any possibility of thwarting the sacred puppy and boy nap. 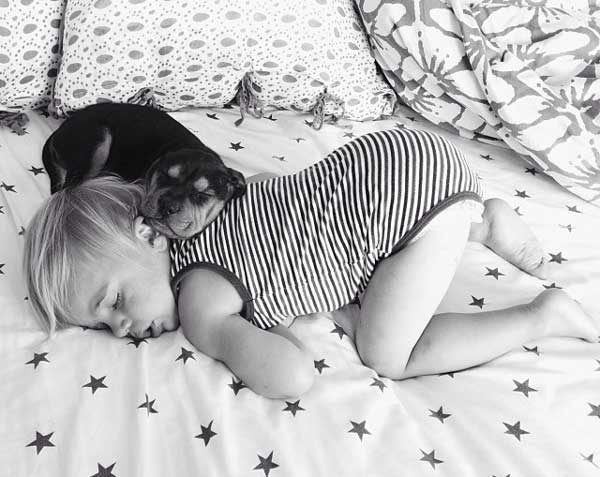 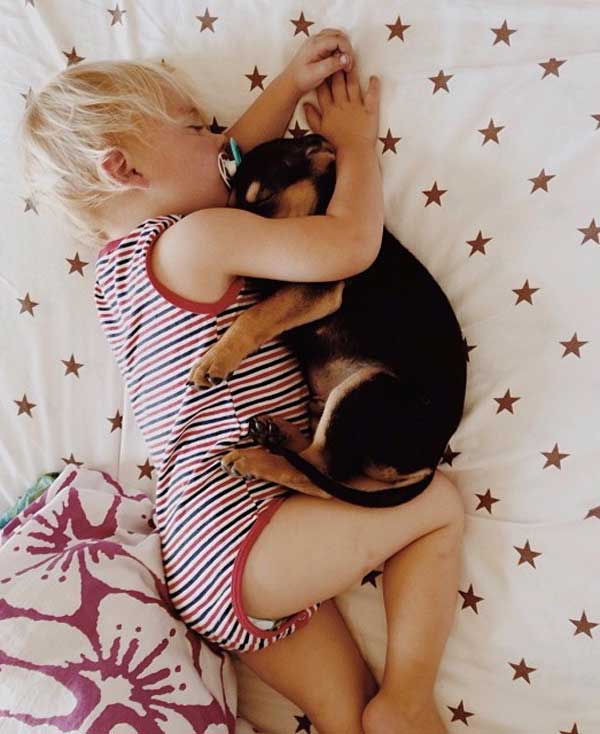 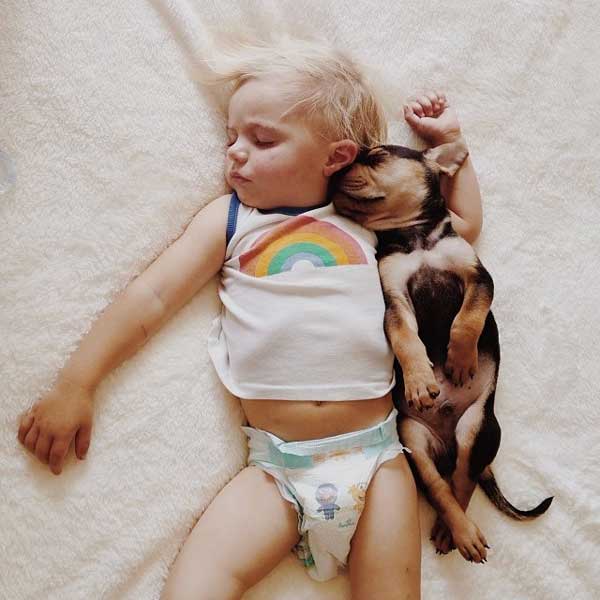 These two are so adorable, it makes my heart nearly explode with joy. 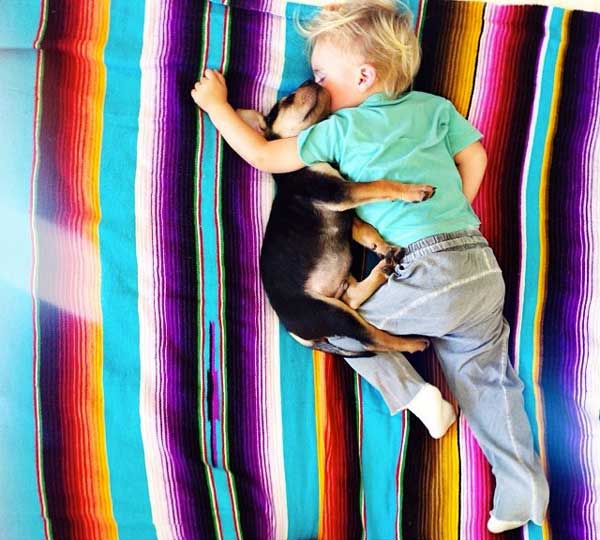 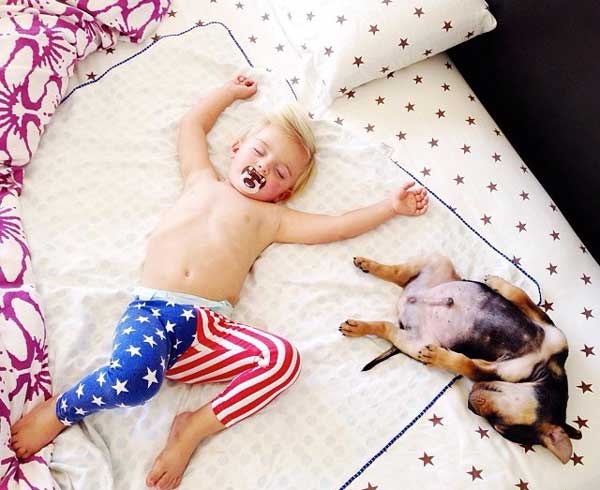 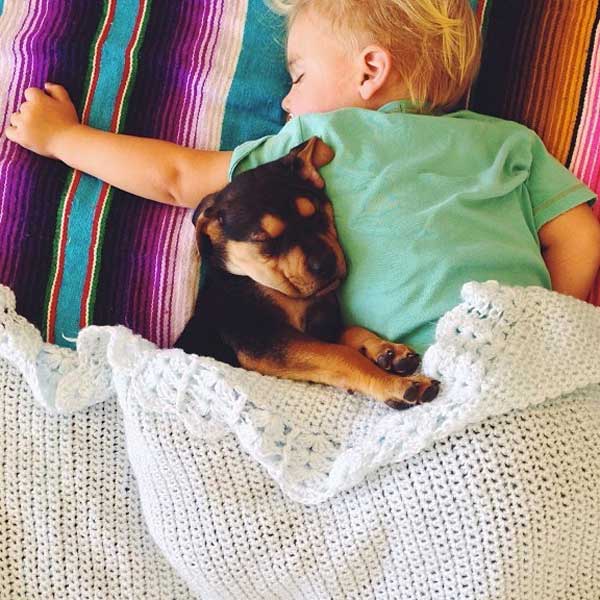 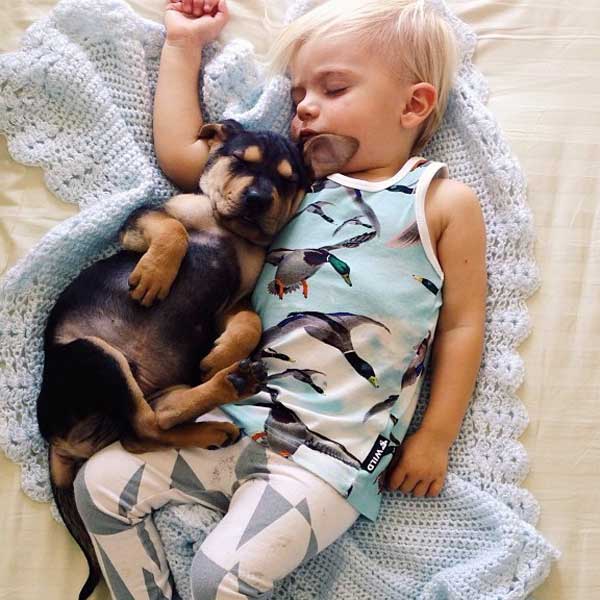 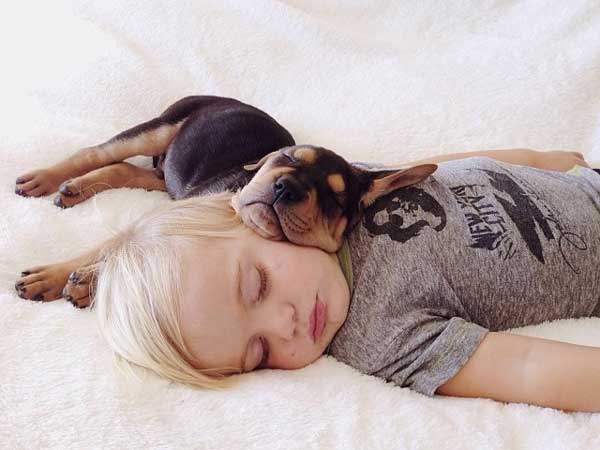 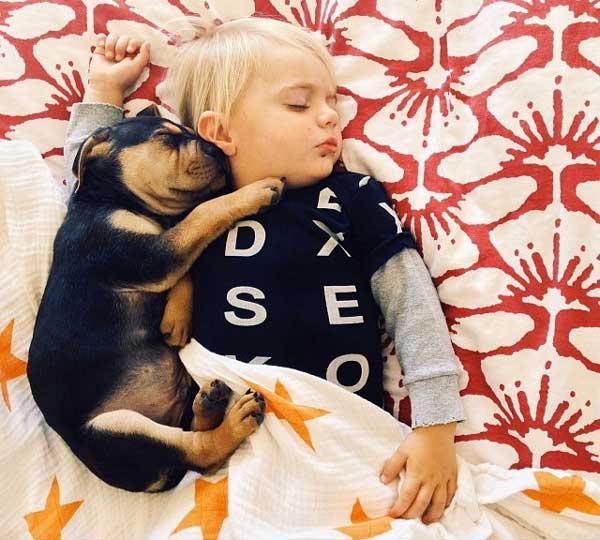 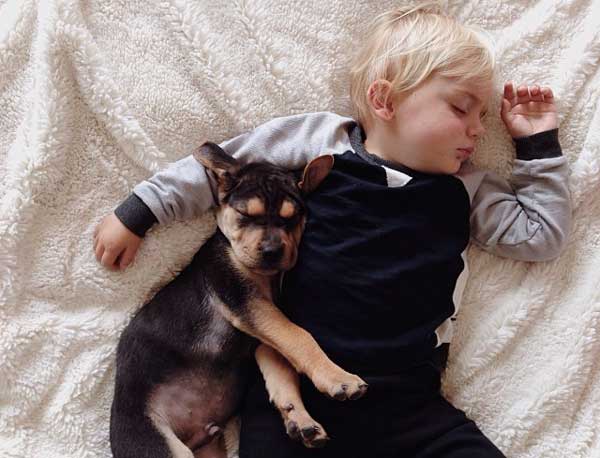 Who would have thought that something cute taking a nap with something equally cute would be so adorable?  We hope to stay updated on this story and give you pictures as they continue to grow. Until then, share this with your friends!