Bikers Against Child Abuse is an international non-profit with an annual budget of $200,000 and more than 150 chapters in 36 states and five countries.

These tough bikers have a soft spot: aiding child-abuse victims. Anytime, anywhere, for as long as it takes the child to feel safe, these leather-clad guardians will stand tall and strong against the dark, and the fear, and those who seek to harm. 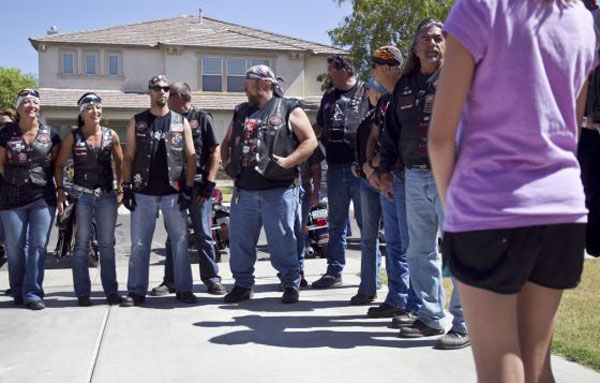 Even kids know that nobody messes with bikers. Bikers look big, and strong, and mean, both in real life and in how they are portrayed on television and in films. They are easy riders, sons of anarchy, not afraid of anything. And they take care of their own.

Part of the family… 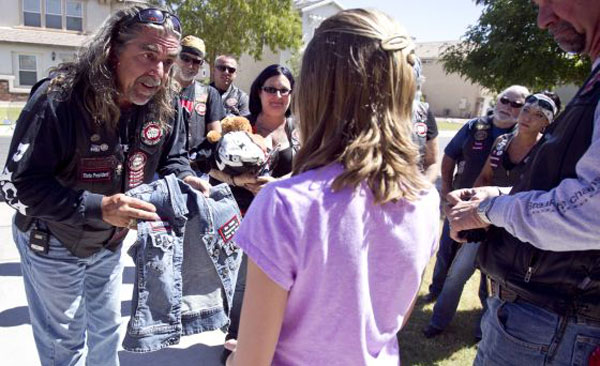 This girl was abused by a relative, according to police reports – someone she should have been able to trust. He’s not in the state any longer, but the criminal case is progressing slowly, so he’s not in jail, either. He still terrorizes her at night, even though he’s nowhere near. She wakes, heart pounding. The nightmare feels real again. She never feels safe, even with her parents just downstairs.

The unruly-looking mob in her driveway is there to help her feel safe again. 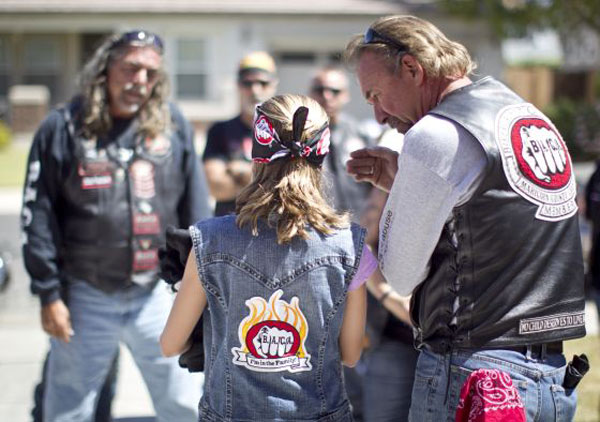 If the man who hurt this little girl calls or drives by, or even if she is just scared, the bikers will ride over and stand guard all night.

If she is afraid to go to school, they will take her and watch until she’s safely inside.

And if she has to testify against her abuser in court, they will go, too, walking with her to the witness stand and taking over the first row of seats. They will tell her, “Look at us, not him.” And when she’s done, they will circle her again and walk her out.

Doing what no therapist can do… 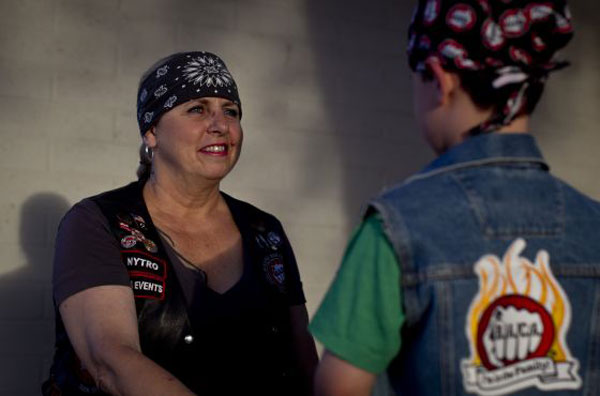 The bikers even give the girl a small vest covered in patches, just like the bikers’ but made of denim instead of leather. On one patch is the girl’s new road name: Rhythm, for a girl who dances and plays music. 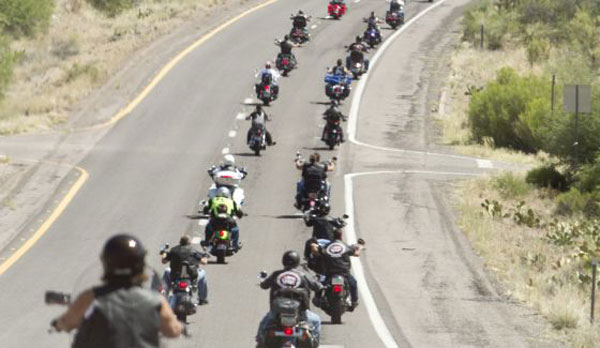 The bikers are all volunteers, giving five, 10, 20 or more hours a week. There’s no reimbursement for gas or the time they take off work.

The bikers must be tough, not only to protect the kids but to be able to stomach knowing what their young charges may have been through. An 8-year-old beaten by Mom; a 6-year-old molested by his mother’s boyfriend. A girl, 10, raped. They are trained by a licensed mental-health professional affiliated with the chapter. Each biker must be fingerprinted and undergo a thorough criminal-background check, the same one required for state child-welfare workers and law-enforcement officers, before they can join the group.

They are bikers, not Boy Scouts, so if the background check turns up an arrest or a stint behind bars, they can still be in the group. The crime just can’t involve children, domestic violence or something comparable.

Power to the powerless… 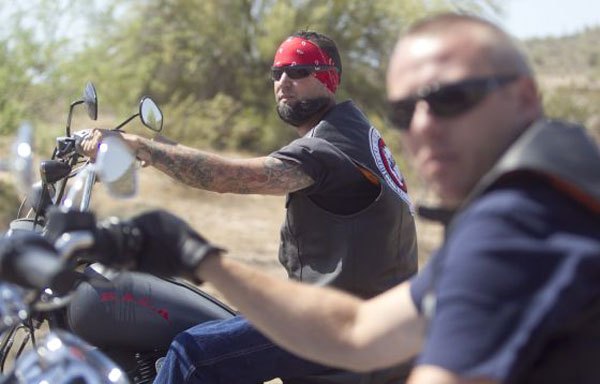 The bikers aren’t looking for trouble. They are there so the kids don’t feel so alone, or so powerless.

“It’s scary enough for an adult to go to court,” a member of the group says. “We’re not going to let one of our little wounded kids go alone.”

In one court appearance, the judge asked a young boy testifying on the stand if he was scared. The boy glanced at the bikers sitting in the front row, two more standing on each side of the courtroom door, and told the judge, “No…because my friends are scarier than he is.”