Did you know that you Can Save Money At Costco if you know their secret price codes? 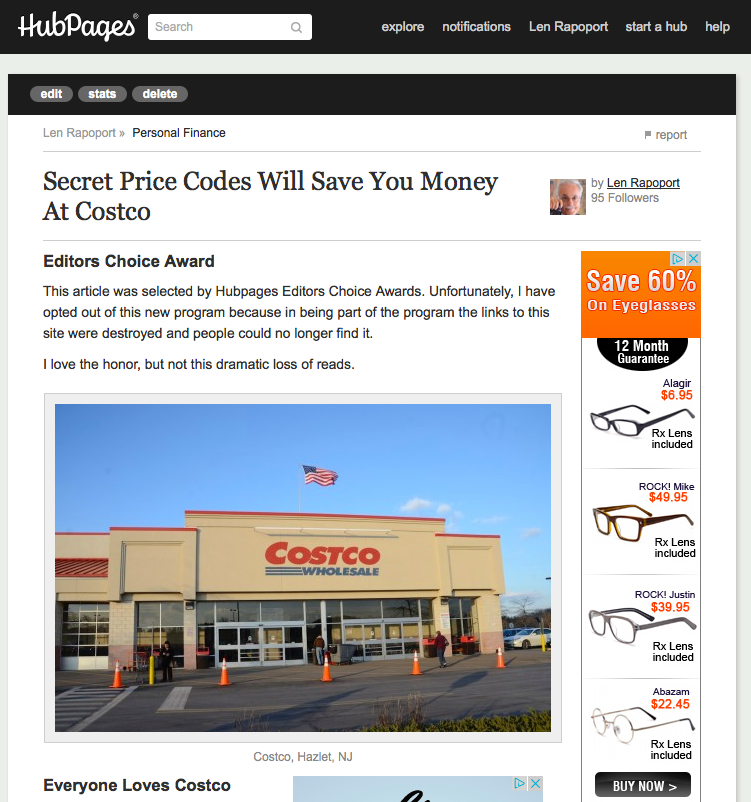 In 2009 Len Rapoport AKA the Costco Whisperer wrote an extensive article on  what he calls Costco’s  “Secret Codes”.  It is now the most popular article on saving money at Costco on the web and in the print and broadcast media and has close to one million reads and it is FREE.

In his extensive article Len details pricing codes at Costco that help a shopper know when an item is marked down or reduced and those that are special buys, but that is not all.  It is the ultimate guide to saving money at Costco and also explains many other unknown facts about Costco to include:

• Their fantastic return policy • Seasonal Mark-Downs and when to buy them. • How to tell when an item will be discontinued. • How to find Manager Specials • How to do fast price comparisons in the store. • Understanding their Price Protection Guarantee • What they do with their returns • How Costco gets those designer labeled merchandise

One example from many in Lens article is the fact you can shop online at Costco FOR FREE by simply filling out paid surveys in your spare time. Now this was one hack he got inspiration from unlike many of his others. The consumer finance site Learnbonds and its comprehensive and step by step guide on generating free money from completing surveys formed the impetus for Len to include it in his article.

Remember, unlike many retailers that will let the customer know about mark-downs, Costco does not.

Check out his full article now, it is over 6,000 words and is the ultimate “Guide for Costco Shoppers”.

Len told us he guarantees that any Costco shopper will save even more money once they follow the steps detailed in his article.

Len Rapoport is also the publisher of IMPress Magazine, check it out too.