We came across another amazing story that makes us think their is much more good in the world than is being reported.  A Boston area waiter was witness to an awesome act of kindness recently and the story has started to go viral.

“While waiting tables tonight, a mother and daughter started crying mid-meal. I had no idea what happened until a single guy at the table next to them handed me this note [seen below] with his bill,” wrote the waiter in a Reddit post. “Faith in humanity, restored.” 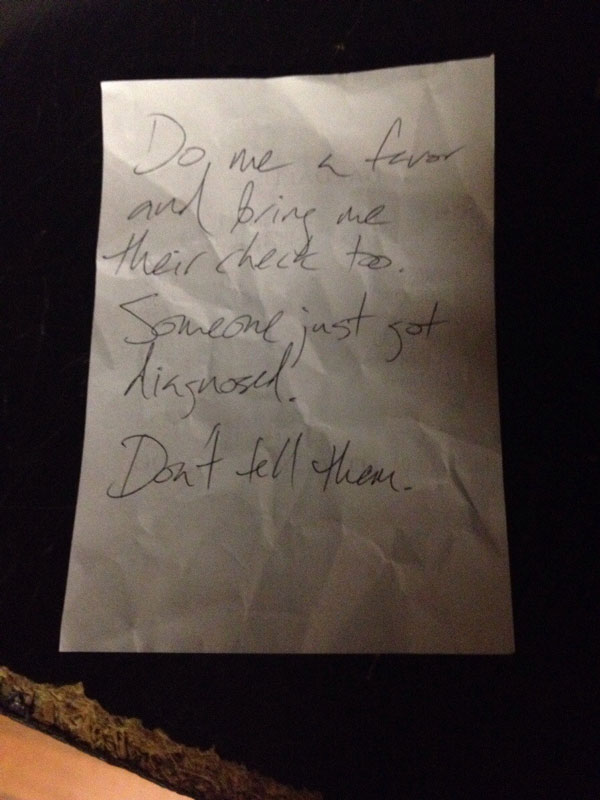 The note reads, “Do me a favor and bring me their check too. Someone just got diagnosed. Don’t tell them.”

Apparently, the anonymous man overheard something at the next table as he was paying his bill.  The mother and daughter sitting at that next table received a phone call in the middle of their meal. After the call, they both started crying.

What happened next will warm your heart.

According to HuffPost, the single guy who had been sitting next to the women had been a friendly customer, making jokes and such with the waiter. When he had finished eating, the waiter gave him his check. and the man handed the waiter his credit card and the note (which he later took a picture of). The waiter combined the two checks and the anonymous man paid for them. The waiter waited until after the man had left to tell the women their check had been taken care of. The women were overwhelmed with gratitude.

I’m torn between happiness because of this random act of kindness and abject sadness because of what the mother and daughter are going through. Still, some people are truly amazing! 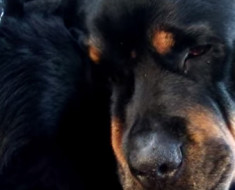